Something unexpected has happened at Apple, once known as the tech industry’s high-price leader. Over the last several years it began beating rivals on price.

via The New York Times 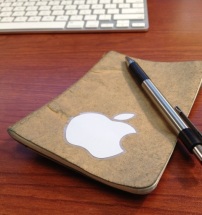 Apple used to compete by being the most polished device on the market. That polish cost extra, but to the Apple faithful it was worth it. Apple has moved to the head of the price wars almost by accident. Because of it’s relentless pursuit of minimalism in it’s product lines, by making the decision for the customer of what is “best” they’ve been able to zero in their focus and hyper optimize for a small set of products. I’ve covered this topic before, and here we start to see Apple reaping the benefit of this approach. They have enormous negotiating power with their suppliers based on the size of their orders. It’s much easier to negotiate a better price on components if you are buying 10 million, rather than 100,000. Once you know the market is there, and your initial investment is not a very risky one, you can be a bit bullish and increase your minimum order size.

The interesting paradox here, is that Apple has often pitched itself as being “different”, but when you look at the variation available in it’s product lines, you’ll find a lot of brushed aluminum but not a lot of variation or difference between their products. Because of their design ethos, they’ve come up with “the best” way to accomplish a task and once that “best” method has been identifier, there is not much point in allowing variation. From Apple’s perspective, why would they let people choose a smaller battery if they have already decided which CPU best fits the current price point and size of 11″ Mac Book Air.

You can see more evidence of this philosophy in their current low priced phone offerings. They won’t bother selling you a stripped down version of their current iPhone that uses cheaper components. Instead they wait for the prices to drop on those components considered “best” a year and a half ago.

As Apple sells more and more units behind this philosophy of minimalism they are starting to find themselves in a position where their customers can no longer claim to be “Different”. If you want different, get a Windows Phone. Seriously, they are getting great reviews.

Is this a bad thing for Apple? Not at all. You can only capture so much of the “different” crowd before you are no longer able to be different. Your success alienates you from a portion of your original audience.

From: Creativity, Software
← What is worth fixing
2 Dollars and a Library Card →
No comments yet