Where all them profits going?

I don’t plan to devote many words to current events, but this one struck me as being somewhat interesting and has been a trend for the last 7 quarters, so perhaps there is something deeper and more interesting going on here.

The nation’s workers may be struggling, but American companies just had their best quarter ever.

Corporate profits have been climbing steadily and setting records recently, while unemployment has remained stagnant. This is sometimes used as an example of how strange the market is behaving these days.

I would contend that this behavior on the part of major corporations makes perfect sense given the economics shifts we have endured, and it points to a healthy, reasoned functioning of the free markets.

When the credit markets froze during the beginning of the recession, companies that relied on the free flow of credit found significant areas of their business in jeopardy.  Without being able to freely borrow money and repay with quick turn around time (commercial paper) they found themselves unable to function efficiently.  Companies that used to be able to borrow money to make payroll if their collections were low one month realized how close to the wire they were really running their company.

The response to this tightening of credit and the realization that those companies were so dependent on the credit market is cash hoarding.  Companies are turning out record profits by keeping a tight control on expenses and continuing to do more with less in large part to shore up their balance sheets.  They want enough cash in the bank to be able to survive the market swings we are experiencing.

You may have noticed the same thing in your own household.  Keeping a little extra in the bank since you know it may not be quite so easy to go out and borrow more money.  Or even if you could borrow that money, you don’t like the idea of the bank having so much influence over your financial future.

We are the next depression era generation.  I darned 3 pairs of socks last sunday night.  I’ve never considered myself a crafty person, but the idea of saving 20 dollars by darning a pair of wool socks was pretty appealing.  I’m paying down my debt as quickly as possible, while at the same time trying to put some money in the bank.

Large corporations are doing the same thing.  The US economy was very highly leveraged 3 years ago, and now that leverage is unwinding.  Where are those profits going if they are not going to increased hiring or wages? They are going to pay down debt, and to put some cash in the bank.  The companies left are the ones that adjusted, that learned to survive in this new economy you need to be thrifty.  You can’t depend on freely flowing money anymore.

I expect to see the markets shift over the next 12 months.  Already there is more talk of startups being funded.  All this cash is good when hedging bets, but that cash in the bank doesn’t grow until you start putting it to work.

So what can we learn from this? I think the first take-away is that corporations are not behaving much different than individuals in this regard.  After all, companies are run by individuals.  Their behavior typically doesn’t stray far from our own patterns.

Secondly, this is a good opportunity to focus on the core 20%.  Without a lot of extra money, companies and individuals should be seeking to return to their core principals.  Cut out products and customers that aren’t profitable. Drop expensive hobbies you rarely have time to practice.  Darn a few socks, and make sure that next sweater you buy is going to last a few seasons.

The promises we make

What promises does Microsoft word make you? Some are overt, “create visually compelling documents more easily than ever” 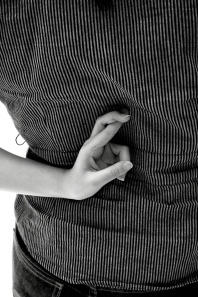 Some are less so “if you create a document with these bizarre placeholders and hook me up to excel I will do a database driven mail merge for you”.

If you are buying or using a piece of software, don’t automatically assume that any struggles you encounter are due to your inability to understand “these damn things”. It’s probably not your fault.

If you are a software designer, take the time to explore your creation looking for broken promises. The more broken promises your users encounter, the more frustrated they are going to be with the experience, and frustrated users don’t often translate into loyal users.

Finding hidden promises is difficult, but the easiest way to find them is through some kind of user testing. Sitting a novice user down in front of your software and asking them to perform common tasks will quickly reveal some promises you didn’t know you were making.

You made something great, you broke through the roadblocks and finished what was thought impossible.  You showed it at the staff meeting and it flopped.  Turns out you were solving the wrong problem, and not only that, you solved it the wrong way.  Full on blew it.  What should we do in this situation? Take it personally. Sulk a little bit. They just told you your baby is ugly, not only ugly but smelly and probably is never going to grow into those ears.  Jerks, all of them.

Taking criticism personally is the curse of the craftsman.  You put a piece of yourself into everything you create.  Those emotional twinges are not inappropriate.

Be careful though. There are real opportunities for failure here. By identifying too deeply with our creation, we rob ourselves of the opportunity to grow from the experience.  An amateur will never get out of the emotional funk brought on by solid spot on criticism. Their next attempt will be at 90% then 80% then eventually they will simply coast along, having lost their willingness to emotionally connect with their creation. It is a defense mechanism. It spares them the pain of seeing their baby stumble.

Conversely, stellar craftmen are able to propose designs with passion, argue deeply for their position, and in the next breath, tear their ideas to shreds.  They fully acknowledge every deficiency, knowing that a singular idea does not define them, that their worth is manifest in the process of creation, in the quality of the end product, and not in how many of their proposals were deemed brilliant during the brainstorming meeting.

We used to have a saying during a recent major project I worked on.

“If a typical user can’t figure out how use the feature, we shouldn’t bother writing it.”

The Microsoft Office team went through a similar realization during the design phase of office 2007, when they introduced “the ribbon”.  They noticed that a lot of the features they had spent man years creating weren’t being used.

“Contrary to the conventional wisdom of the naysayers, we weren’t (and aren’t) “out of ideas” for Office. Customers weren’t telling us that they didn’t need new features–to the contrary, the list of requests is a mile long. Every version we were putting our heart and soul into developing these new features, undergoing a rigorous process to determine which of the many areas we would invest in during a release, and then working hard to design, test, and ship those features. The only problem was that people weren’t finding the very features they asked us to add.”

Their work was not being realized by many users.  You can argue whether the ribbon achieved it’s stated goal, but the goal itself was sound. If a user can’t find the feature, all the time and energy we spent creating it is wasted for that user.

Creating features that are discoverable can take significant design work and unfortunately, this design effort doesn’t contribute directly to the “bullet list” of features we are trying to create when building software products. It is often difficult to justify the ROI of this design effort to the higher-ups. Walking them through the frustration users encounter (I’m sure they have all gone through similar experiences) can help build the case that spending the few extra days it takes to put a feature in the right place will pay dividends in user satisfaction and loyalty.

If this ethos can make it’s way into your group’s culture, you have taken one major step forward in the experience you give your users.

“All of the problems we’re dealing with stem from the complexity that computers have enabled, and the scale of our civilization, the enormous number of people living on the planet, and the lack of education, intelligence, competence of the people who are running it. They may dress nicer than us, but it turns out the people running the banks and government don’t actually understand the systems any better than you or I. They’ve just figured out how to get paid millions of dollars for looking and sounding like they understand.”

Dave Winer has interesting things to say.  I think his commentary on Complexity is an important one.  Computers have allowed us to created infinitely complicated systems.  Sometimes this flexibility allows us to create marvels of modern technology (e.g. Netflix Watch Instantly, Google, etc…).  Sometimes they allow us to create the downfall of civilzation (e.g. Credit Default Swaps, Identity Theft, Windows Vista)